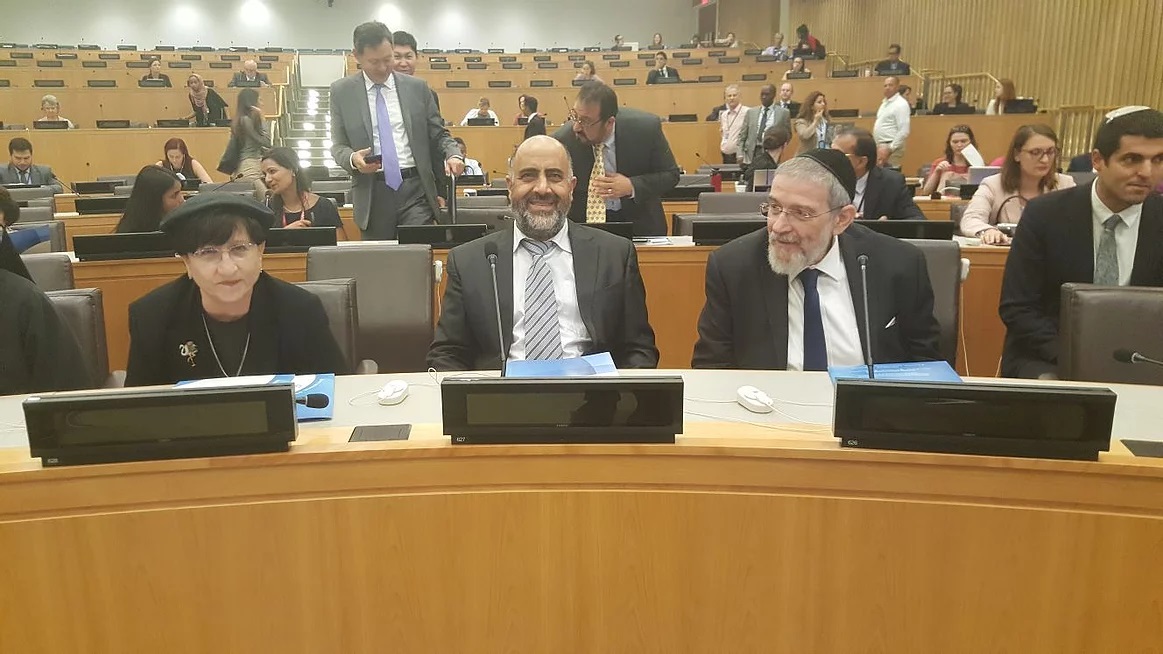 Since 2010, Robert Weil and the Robert Weil Family Foundation are major supporters of Rabbi Michael Melchior’s social initiatives throughout the Middle East as well as in Scandinavia and beyond.

Rabbi Melchior was born in Denmark 1954. He served as Chief Rabbi of Norway until 1986, when he immigrated to Israel. After the assassination of Prime Minister Itzhak Rabin, Michael Melchior shifted focus towards Israel and the Middle East. He was elected to Knesset where he served for 10 years. His main fields were social justice, education, children’s rights and environment. He served as Deputy Minister of Foreign Affairs to Shimon Peres and was the first ever Cabinet Minister for World Jewish Affairs and Israeli Society.

With 25 years of experience from government and civil society, Melchior watched the world transform from a place of optimism, human rights, dignity and victory of liberal democracy, into a place of fear, hatred, insecurity, building of walls and the financial fall of the middle class. Melchior concentrated his efforts in two areas: religious peace transformation and building models for a sustainable democracy. Having followed closely all the failed attempts for peace in the Middle East, Melchior saw that something basic was missing. By defining peace in purely secular terms, the peace processes left outside religious identities, something that blocked and even blew up the possibility of any progress.

Michael Melchior and his Jewish and Muslim partners, have established centers for peace in the most difficult places in the Israeli and Palestinian areas. The model of religious peace, being faithful to one belief, being confident in the limitations and modesty of one’s existence towards G-d and fellowman, makes it possible to build new coalitions, give a new hope for peace and a partnership of values in the Middle East and all over the world.

The second field of activity is in the realm of the threat to democracy. Liberal democracy has been lacking the ability to include collective identities, ethnic, cultural and religious, which play a dominant role in most peoples’ lives. On the basis of these issues, Melchior founded the Citizens’ Accord Forum in Israel, which built a model of deliberative dialogue, where people from all identities: ultra-orthodox, secular, Ethiopian and Russian immigrants, from the periphery and urban, Arab Nationalists and Islamists – all sit together around the same table.

The model is being studied and copied in different ways in Europe, Africa and the U.S.